* – rated power:
At rated power a generator is used as a main source of long-term continuous electric power supply (at variable load) instead of paid electricity.
When operating generator at rated power there’s no limits on quantity of annual operational hours. Ten (10) percent overload for 1 hour every 12 hours is allowed.

** – Maximum power:
At maximum power a generator is used as stand-by source of long-term electric power supply (at variable load) in case of main line voltage drop. Overloads are not acceptable at operation under maximum power. In such cases the alternative current generator operates at maximum long-term parameters.

Discounts are applied for a long-term lease.

Pumping unit based on NB-125 pump

Mud pump NB 125 is used to pump mud into the well during exploratory, test drilling and for other activities during oil and gas wells workover.

The pump of NB 125 series is used for the following purposes: 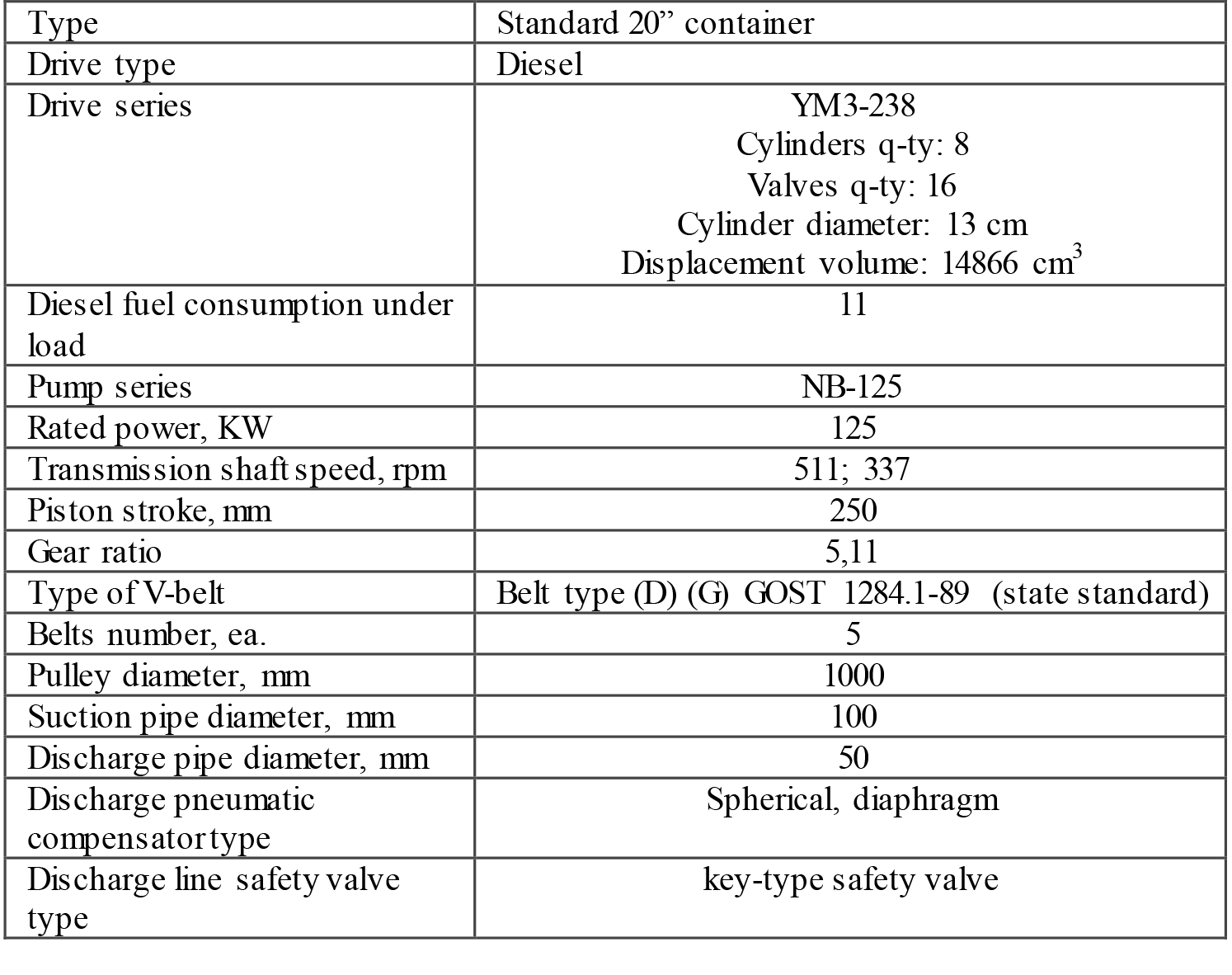